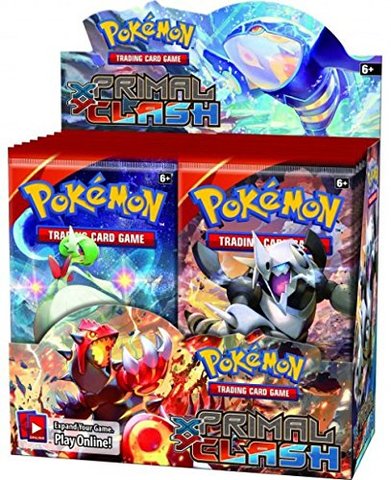 Ancient rivals awaken in the Pokémon TCG: XY—Primal Clash expansion! After centuries asleep, the deep power of Primal Groudon-EX erupts from the land as Primal Kyogre-EX crashes in from the sea, riding titanic waves into battle! With colossal new arrivals like Mega Gardevoir-EX and Mega Aggron-EX, theXY—Primal Clash expansion is alive with the primordial power of Ancient Traits—plus all-new Spirit Link and Special Energy cards. Let the earth shake and the oceans thunder, and get ready for a primal clash like no other!