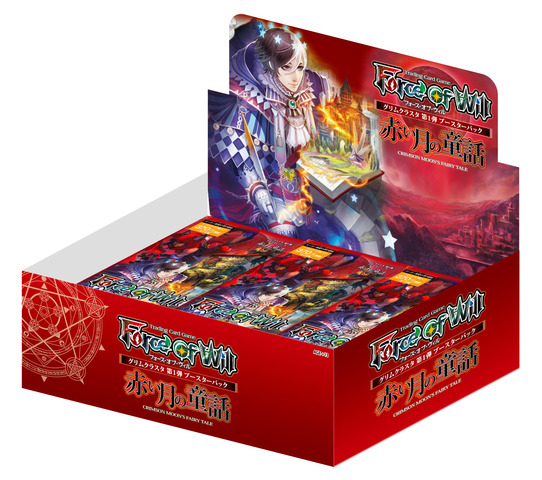 Force of Will, strategic and very exiting card game, finally arrived in USA! This card game attracts many players in the world with sophisticated game system and beautiful artwork!
In this game players fight with the "Ruler" that is your avatar.

You summon the "Resonator" by your "Force of Will" then fight against your opponent player.
With high strategy, your "Ruler" leads you to the victory!

They told of two prophecies about the magic stones.The first was that there were side effects for those who gained will through the use of these stones.The second prophecy was of a catastrophic disaster that would arise once the moon turns red.

There are two sides to the power of "will". One bestows power upon you from the will of hope. However, the other brings power from the will of despair. Only one man chose to believe in what the prophets predicted -Prince Grimm Glynn, an admirer of Fairy Tales...

The long awaited NEW CHAPTER for Force of Will Expansion is finally here!